The Disappearance of Public Recycling Centers

Public Recycling Centers have been disappearing across the country. In some states, such as California where residents pay a five to ten cent deposit on beverage containers, this issue is even bigger because residents are having a hard time recycling. When consumers recycle these items, they are refunded the deposit. If there is nowhere to recycle them, they are left paying to throw the item out. This program, in California and nine other states, was designed to encourage people to recycle. However, within the last year, 350 recycling centers have closed in California alone.

Why are these recycling centers disappearing? According to the Consumer Recycling Institute, “certified redemption centers lost $20 million in 2015 due to inadequate state payments.” In addition, plastic and aluminum prices have fallen and state subsidies are not covering these decreases. According to California’s state recycling program, CalRecycle, the price of plastic has fallen from $400 a ton 18 months ago to about $190 today. Paper has been in a downward slide for several years. Aluminum prices have also fallen due to oversupply and lower demand from China, which has been one of the largest buyers of recycled materials from the United States.

Essentially, it is too costly to keep these small recycling centers open.

In addition to the fall in prices of scrap materials, China’s ban on importing recyclables is beginning to have a major effect on the U.S. recycling market. Each year, the U.S. would export approximately one-third of scrap recyclables, with China purchasing about 13.2 million tons of scrap paper and 1.42 million tons of scrap plastics. Now, with the closure of so many local recycling facilities, there is nowhere for these materials to go but the dump.

For the centers that are still open, the higher demand is not necessarily a good thing. Many residents that still attempt to recycle put pressure on the existing centers. These centers, which are often small, are struggling to meet the demand with little help from the state. To try and meet the demand, many of these small centers are having to hire more workers. With the increase in costs and the decline in value of scrap materials, these centers struggle to make a profit.

UC Berkley lecturer Steve Weissman stated that since the prices of scrap materials fluctuates, it is crucial for the long-term success of recycling efforts to have more consistency in redeeming options for deposits on cans, bottles and scrap metal. He said, “policies that could help maintain that stability and predictability of the market could be an important factor to help balance out issues like fluctuating prices.”

In time, perhaps policies will catch up and help solve the issue. For now, both local and global challenges make the future of local recycling centers look bleak. 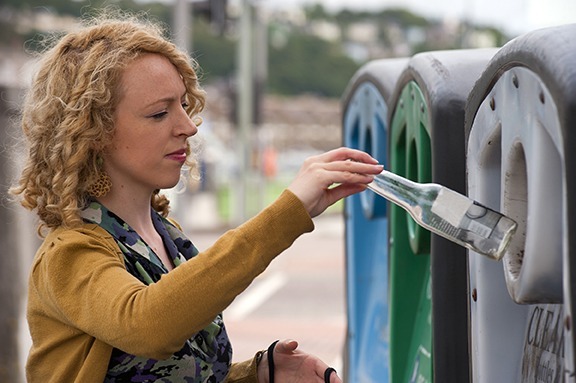