China Nixes Plastic Imports: What Will the U.S. Do With Its Plastic Waste?

Beginning in January 2018, China’s new “National Sword” policy banned plastic waste from being imported. The Chinese government stated that this law was passed in an effort to protect the environment and people’s health.

Before the passing of this law, China imported more than 106 million metric tons of the world’s plastics from countries like the U.S., Japan, and Germany. This large amount of plastic, about 45 percent of the world’s plastic waste to be exact, has been exported to China since the early 1990s. China profited from this arrangement by taking plastic waste and recycling it, then creating new products for export.

Now that China refuses to take half the world’s plastic, what will happen to the leftover waste?

According to the authors of a new study published in Science Advantage, it is already beginning to pile up. Amy Brooks, lead author of the study, stated, “We have heard reports of waste accumulating in these places that depend on China,” with some of it ending up in landfills. The study estimates that by 2030, 111 million metric tons of plastic waste will be displaced because of this new ban. 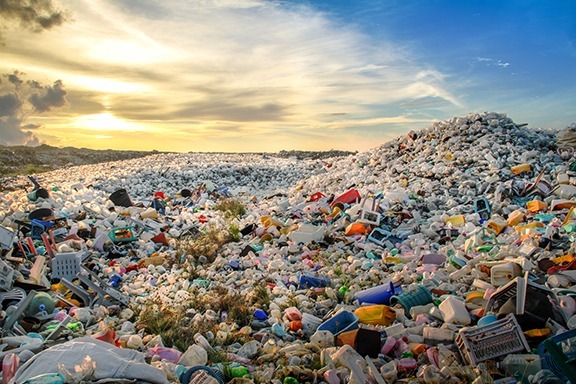 Other countries, like Malaysia, Thailand, and Vietnam, are still importing and recycling plastic. For example, the U.S. sent an estimated 137,044 metric tons of plastic to Vietnam in 2017 alone. However, many of these countries “lack the infrastructure to properly manage it.” In fact, according to Jenna Jambeck, another of the study’s authors, Vietnam has already capped how much waste it will take. The country announced that it would not accept any more imports of plastic until October.

Jambeck noted that, “Not one country alone has the capacity to take what China was taking. What we need to do is take responsibility in making sure that waste is managed in a way that is responsible, wherever that waste goes — responsible meaning both environmentally and socially.” This could be a tough undertaking for some countries, like the U.S., Japan, and Germany. These countries top the list of exporters of plastics. Between 1988 and 2016, the U.S. exported an estimated 26.7 million tons of plastic. Surprisingly, the U.S. is not the number one exporter. Hong Kong is the biggest exporter of plastic waste, at an estimated 56.1 million tons. For countries like these, it is more economical to export plastics than to recycle them.

Since the rapid expansion of disposable plastics in the 1990s, particularly single-use containers, exports of plastic have steadily grown. Yearly global exports grew 723 percent, to around 15 million megatons, from 1993 to 2016. To minimize this, measures will need to be taken to lessen the amount of plastic waste, particularly eliminating the number of single-use containers being produced. Marian Chertow, the director of the program on solid waste policy at Yale, stated, “There’s a tremendous shift in the market when China won’t take half of these plastics. I really think that this export mindset that has developed in the U.S. is one that has to change.”